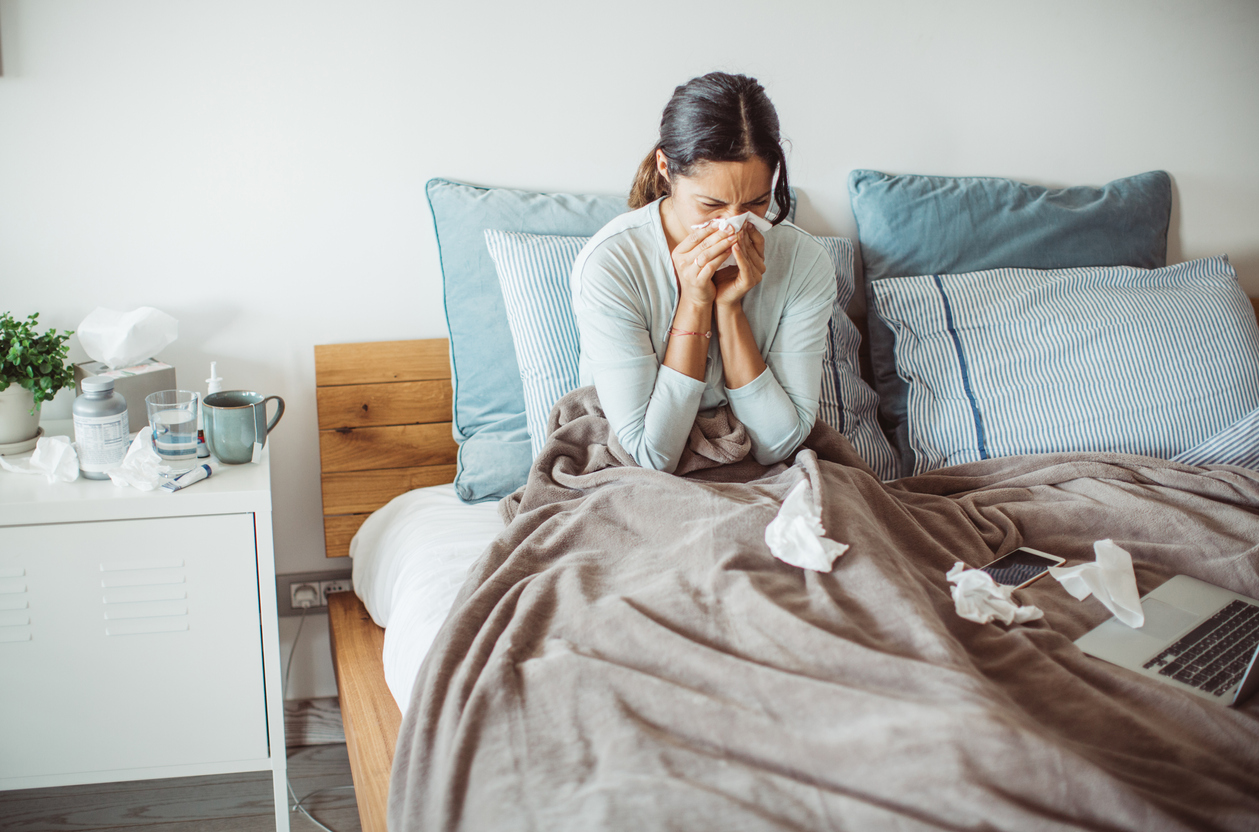 A cold and the flu are two of the most common respiratory illnesses that people get, especially during wintertime. However, it can be hard to differentiate between the two.

Despite their similarities, the common cold and the flu each pose a different burden on your body. Let’s talk about the differences between the cold and influenza.

Ironically, despite the cold being called the “common cold,” it is usually caused by a type of coronavirus. Influenza is not a coronavirus. Both the cold and flu viruses initially infect the tissues of your upper respiratory system, such as your nose and throat.

These viruses attach to living cells and hijack their cellular machinery to produce more viral copies, creating the illness. The viruses overwhelm the infected cells, causing them to burst and to release more viral particles.

The significant difference between the common cold and the flu involves the viruses themselves. Unlike the common cold virus, influenza affects more of the respiratory tract – particularly the lungs. The greater involvement means that the flu potentially causes more severe symptoms and may lead to more significant consequences.

However, most of the symptoms of the cold and the flu come from the human body itself. The immune system detects the viruses and launches a powerful assault to stop them from spreading. Most of the symptoms you feel are attempts by your body to create a poor environment for the virus, such as heat and moisture, and indeed to remove the virus from the body via sneezing or coughing.

Symptoms of a Cold vs. Flu

When you have a common cold, a frequent symptom is a sore throat during the first stage. As the cold progresses, the inflammation may spread into your nasal passages, causing irritation and a more substantial production of mucus. You will likely then develop a stuffy nose and a cough.

Aside from its similar symptoms with a cold, the flu also brings a significant fever. If you develop a fever, then you know you have influenza rather than just a cold.

With a flu, many people also report having headaches and muscle pains all over the body. The flu can also infect the digestive tract, causing some people to experience vomiting and diarrhea.

Complications of Influenza vs. a Cold

The common cold is less dangerous than the flu because it is less likely to lead to severe complications. The most common complication of a cold is sinusitis, where the virus infects the inner lining of the sinuses in your head. While sinusitis can lead to considerable discomfort, it is relatively manageable.

On the other hand, the flu can lead to bronchitis and pneumonia, which is when the lungs themselves become inflamed. Pneumonia makes breathing difficult and may require hospitalization. Sometimes, pneumonia can be lethal.

Prompt medical intervention can help reduce the intensity, duration, and severity of your cold or flu. It can also help you avoid dangerous medical complications.

At our facility in Rochester, New York, our medical team at Cornerstone Urgent Care Center can treat you for many non-life-threatening diseases, including colds and the flu. We will accurately diagnose your illness and recommend optimal treatments so that you can recover as quickly as possible.